United Nations celebrates the Day of World´s Indigenous Peoples on the 9ht of August with a special event to highlight the critical need to revitalize, preserve and promote indigenous languages and share good practices.

This event will be also webcast live at UN TV here. Read more about the event here.

August 9 is commemorated as the International Day of the World’s Indigenous Peoples. It is celebrated around the world and marks the date of the inaugural session of the Working Group on Indigenous Populations at the United Nations in 19821.

As part of the commemoration, the Indigenous Peoples and Development Branch – Secretariat of the Permanent Forum on Indigenous Issues/DISD/DESA is organizing an event that will bring together indigenous peoples’ organizations, UN agencies, Member States, civil society and relevant stakeholders.

Format The opening segment will begin with a traditional ceremony followed by a high level segment. Subsequently a keynote speaker will address the importance of indigenous languages, followed by a panel discussion on the theme, with the participation of indigenous experts and guest speakers. The panel will be moderated by Ms. Chandra Roy-Henriksen, Chief of the Indigenous Peoples and Development Branch and Secretariat of the UN Permanent Forum on Indigenous Issues.

In the afternoon, an interactive segment will offer presentations of creative initiatives on the promotion, preservation and revitalization of indigenous languages. This segment will be moderated by Mr. Eddie Avila, Director of Rising Voices.

Rising Voices is an outreach initiative that provides training, resources, microgrant funding, and mentoring to local underrepresented communities that want to tell their own digital story using endangered or indigenous languages and participatory media tools.

The event will be webcast live on UN web TV. Viewers and listeners are encouraged to post questions or comments through the Twitter account @UN4Indigenous during the interactive segment in the afternoon.

Estimates suggest that more than half of the world’s languages will become extinct by 2100 and that 95 per cent of them may become extinct or seriously endangered by the end of the present century4. The vast majority of the languages under threat are indigenous languages and most estimates confirm that a high number of them are likely to disappear.

More information on this event here. 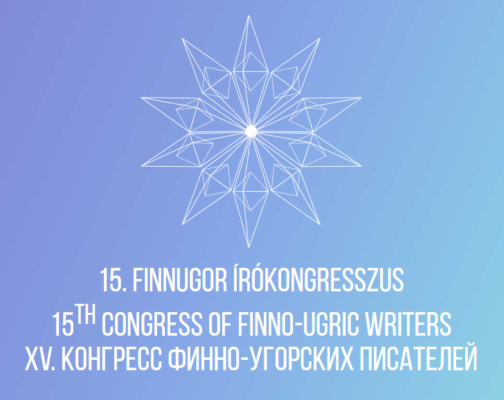 The 15th Finno-Ugric Writers´ Congress to take place in Transilvania

The Association of Finno-Ugric literatures has been organizing congresses every two years since 1993. The aim of these Congresses is to keep and develop literary …

A yearly multilingual conference of students of finno-ugric studies from around the world (IFUSCO) took place from 24th-28th of April in Vienna, Austria. Alltogether 130 …