2020 – Raisija Sungurova – Mari poet, founder of youth and children’s folklore groups, leader of the Jugra Mari community.
2018 – Nikolai Anisimov – Udmurt folklorist, researcher at the Estonian Literary Museum and member of the ensemble AR-GOD.
2016 – Karoliina Kreintaal – Estonian traditional musician and photographer, author of the traveling exhibition “Visits to the Edge of the World”.
2014 – Julia Nikitina – Udmurt Activist, CEO of the Organizing Committee of the Finno-Ugric Capital of Culture Bõgõ 2014.
2013 – Aleksei Tsõkarev – of the Ludian nationality Tsõkarev has previously been the leading figure of the national organization Young Karelia, initiating and leading the change.
2012 – Leanne Barbo – Estonian folk musician, music and dance teacher. For several years, he has visited the Vojvodina language and Culture summer camp in Jõgõperä, Vojvodina, to teach Votian songs and English dances to Votians. On his initiative, Tai-Tai ensemble playing Livonian, Latvian, Votian and Estonian music was also formed.
2009 – Nikolai Kuznetsov – a Komi linguist living in Estonia, who has compiled a dictionary and a collection of poems, translated poetry and created a computer vocabulary. 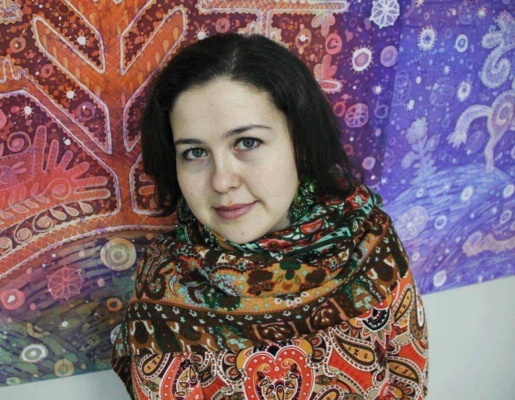 Raisiya Sungurova: "Mari people in Yugra are on the land of our kindred peoples"

Raisiya Sungurova was awarded the Lennart Meri’s Waterfowl prize for her role as Mari community leader in the Yugra region.