The Ludian language is a Baltic-Finnic language or dialect that belongs to Finno-Ugric languages. The word “Ludian” is derived from the Russian word ‘lyudi‘ (people).

Ludian language can be considered a dialect of Karelian or a separate language. There are approximately 10 000 Ludian Karelians of whom 3000 speak the Ludian language as a mother tongue. This language is also spoken in the eastern part of the Republic of Karelia near Petroskoi (Petrozavodsk) at Lake Onega.

The notion that Ludian Karelians are a separate people is held by the Finland-based Ludian Society and by Miikul Pakhomov from Küjärve. The poet and linguist Pakhomov has written numerous academic and popular articles to prove that Ludian is a separate language. In addition he is a prolific poet who has written a significant part of Ludian-language literature. 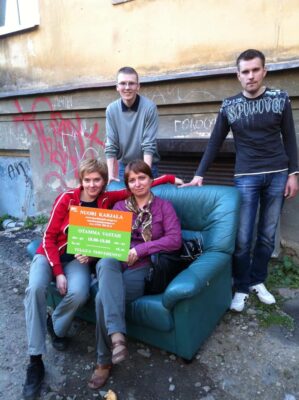