2019, udmurts
On 10 September, a 79-year-old sociologist, Albert Razin, picketed the local parliament in Izhevsk, the capital of western Russia’s Udmurt Republic. Razin held a placard reading “Do I have a motherland?” and a quote from a well-known Soviet Avar poet, Rasul Gamzatov: “If tomorrow my language will be forgotten, I am ready to die today.” Then he set himself on fire. He died in a hospital a few hours later, with burns on over 90% of his body.

For years, Razin, an ethnic Udmurt, had tried to bring attention to what he viewed as the perilous situation for his native language and cultural heritage from changes in Russian laws and policies.

Razin was one of several academics who signed an open letter in June 2018 against a proposed amendment to the national education law, which would end mandatory instruction in native languages for republics and other areas that have two or more official or state languages.

The Russian Parliament adopted the amendments, and President Vladimir Putin signed them into law in August that year. Under the law, if a student in any of these regions designates Russian as their native language, they don’t have to study the other regional language. This means that in Udmurtia, for example, where Udmurt and Russian are the official languages, if students choose to indicate their native language as Russian, they are no longer required to study Udmurt language, and they receive extra tuition in Russian. And all students, irrespective of their native languages, have to complete extensive compulsory study of Russian language and literature and pass the Russian state language exam.

See the last interview with Albert Razin (with English subtitles) 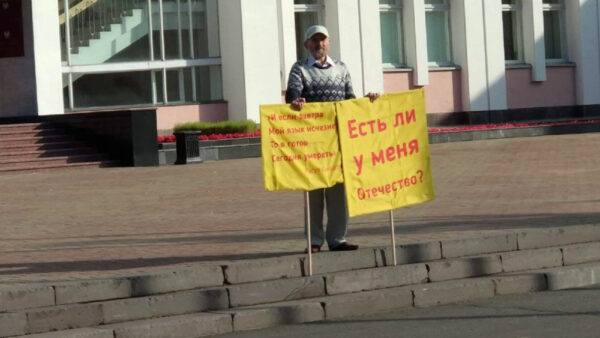 THE MOSCOW TIMES: An academic in central Russia died Tuesday after setting himself on fire over what has been reported as an act of protest over …