The logo of VIII World Congress inspired by bark beetle

The logo of VIII World Congress of Finno-Ugric Peoples was created by an Estonian artist Peeter Laurits. Read why he chose to be inspired by the patterns of bark beetle (Hylesinus fraxini) galleries.

“On the surface, the logo resembles a fantastic multi-legged animal, insect or other life form. It also bears a resemblance to an exotic logograph (a written character), a recognition of the rational nature of all forms of life. This parallel constitutes the basis for the animistic worldview uniting all Finno-Ugric peoples,” Laurits explains.

“The beetle figure can also be interpreted as a dancing tree, and all of these interpretations relate to the Finno-Ugric cognition of the world.”

The ruby-red colour of the central motif is, according to his explanation, somewhere between that of a blood-coloured pigment and red ochre. These were the first pigments used in Mesolithic art. The combination of red and white also relates to many Finno-Ugric folk costumes. 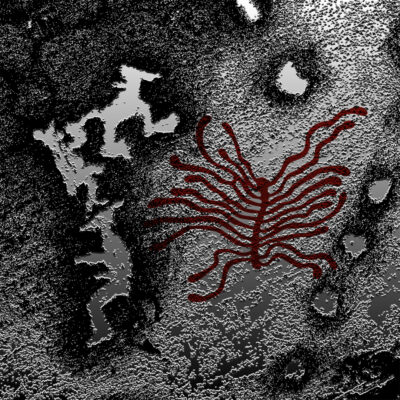 The VIII World Congress of Finno-Ugric Peoples, which was postponed due to the coronavirus pandemic, has been rescheduled for June 16-18, 2021, the nonprofit Fenno-Ugria …

NGO Fenno-Ugria announces that new dates have been set for the VIII World Congress of Finno-Ugric Peoples, which was postponed due to the global crisis …

President Kersti Kaljulaid discussed the coronavirus (COVID-19) pandemic with regional heads of state by phone and video conference on Monday. From her office in Tallinn’s …