Who are the Sámi people? Meet them on their National Day

The only indigenous people of the European Union are mostly unknown throughout the world. Read in this article about their origin, customs, and the discrimination exerted on them throughout history.

February 6 is the Sámi National Day. The date was chosen to commemorate the first Sámi congress, which was held in Trondheim (Norway) in 1917.

The Sámi people (sometimes spelled Sami or Saami) are a Finno-Ugrian group originally from the northern parts of Finland, Norway, Sweden and parts of North-Eastern Russia. Nowadays, the biggest group of Sámi people (about half of them) are living in Norway.

The total Sámi population is estimated to be over 75,000, and there are about 10,000 Sámi in Finland, more than 60 per cent of them living outside the Sámi Homeland.

According to the book ‘Finland, a cultural encyclopedia’, published by the Finnish Literature Society, the Sámi have lived in their current location for at least 2,000 years, since the beginning of what is known as the Sámi Iron Age, probably longer. 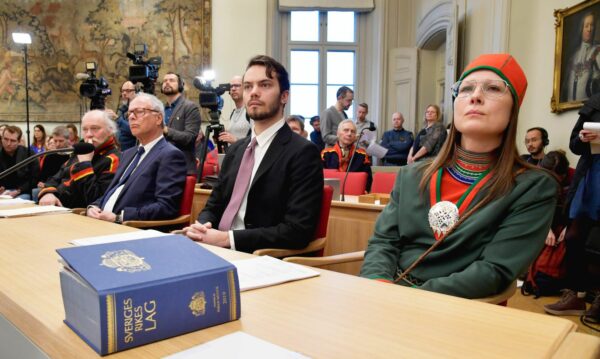 A group of indigenous reindeer herders has won a 30-year battle to take back exclusive rights to hunting and fishing across a swathe of Arctic Sweden, …